8 replies to this topic

just for fun, although I am pretty sure it was asked before

How would you rank the RB instruments according to how much you enjoy playing them?

We have legacy guitar and drums, keyboard, and three mics. All of us in the family play a little bit of everything, we swap instruments all the time when playing together. After a few months of playing, here is my personal ranking, although I must say there is nothing I don't enjoy!

#1 Drums > Maybe it's because I've never played them before, but these are the most fun for me... there is some pure joy in banging the pads, and it feels like a good physical exercise too. Tricky patterns and odd-time signatures are my favourite, I prefer the challenge of something unusual rather than sheer speed, in fact the only time when I don't like drums very much is when there is a regular and very fast kickdrum throughout the whole song. Unfortunately we only have legacy drums, but I hope some day I might even have a real e-drum set to connect via midi.

#2 Voice > I am not a good singer by any stretch of the imagination, and I don't dare to sing publicly. But in the privacy of our home it's all different! The physical pleasure of screaming loud on a Friday night after a long working week is second only to banging the drums. I can only sing songs I already know however, and this is the only downside compared to all other instruments where you can just follow the visuals to play even something you've never heard before.

#3 Keyboard > I am really struggling with it in Pro mode, and the only instrument which I still play at medium difficulty :/ but I don't consider non-Pro mode worth except as a short warm-up. Nevertheless it's the RB controller which is closest to the real thing, and that matters, even if the game usually only charts the right-hand parts. It's weird because usually I never really like keyboards in rock music... but I really dig this in the game.

#4 Bass > Even though I use a guitar controller for this, I try to strum by alternating index and middle fingers, like a real bass player would do. This is the instrument which is easiest for me to play, to the point that I never play at anything lower than expert, even when checking out new songs I've never heard before. But bass lines just sounds fantastic so often. I fell in love with this instrument the first time I played Elvis Costello's "Pump It Up" in RB2.

#5 Backup vocals > These are very hit-and-miss. If they're too sparse then they're not really satisfying. If they're too often doing the same notes as main vocals then they're not worth it. But when they're nearly as present as the main and harmonized properly (as in The Beatles Rock Band) then they can be awesome. But man they are challenging! I don't think I can succeed at these without first studying the isolated harmonies and rehearse them first.

#6 Guitar > Perhaps it's the fact that I play guitar IRL, or that the controller is the farthest of the bunch from the real thing, but it's the instrument I enjoy the least in RB, which however it doesn't mean that I don't

Usually I play the guitar when everyone else has already occupied the other instruments. I like playing riffs and rhythms, but I find solos usually boring. I also think strumming parts as in acoustic guitar don't render well in the game.

So what's your own ranking?

Pro keys will always be my favorite, even though I don't play much RB anymore. It's a very satisfying challenge. Vocals dead last, because I really don't enjoy them. Regular keys too isn't very enjoyable for me, compared to pro keys which is at the other end of the list.

Literally these are the only instruments I do play lol 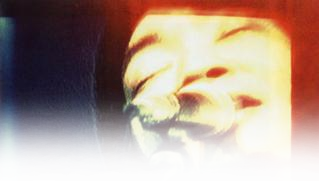 Bot (A midi adapter playing, not me)

I literally have never played guitar or bass before and I rarely play keys. This is the only reason why I even play RB3 and not RB4

If I play, its Drums & Vocals then Guitar & Bass but at the bottom its Keys because theyre just too difficult for me to even comprehend haha. I might actually say that Vocals can beat Drums by a small margin.

Keys - I've plucked keys off and on pretty much my entire life, and have finally gotten to be something of a semi-competent piano player despite having no training.   RB keys turned out to be a lot of fun and for a while I was putting a good dent in the RB3 leaderboards.  Obviously I prefer pro to 5-lane.

Vocals - I've sung my entire life too, and this and drums is what got me into Rock Band in the first place.  I don't get much opportunity to sing harmonies with anyone, but I love it when I do.

Guitar - Pro I'm still trying to learn, though I haven't picked it up lately.  I need to get back to it.  5-lane is good when I want to kill some time without too much mental or physical exertion.

Bass - My least favorite, but still fun to play when part of a group.

#1 - Drums - this has been my favorite instrument for 10 years and I don't think anything will take its place.

#3 - Vocals - it's recently been fun to sing with the lines, in coherence with getting to know the song

#4 - Bass - almost funner than guitar when there's a good bassline, but in my favorite songs a lot of time it's the least noticeable.

My SoundCloud | My Last.fm