Which songs have Bass Solos ?


22 replies to this topic 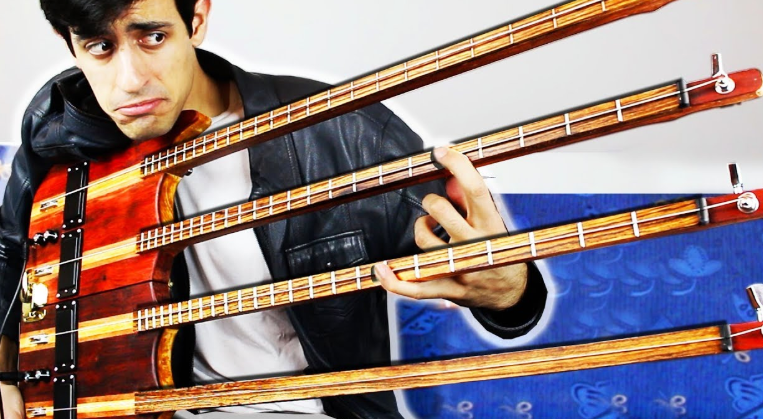 This is what we've come up with so far.

Just make him play nearly any Chili Peppers song. Not solos, but damn.

RBDB has a list of songs with solos marked in-game.

Also, songs that have bass solos that aren’t labeled in-game:

Number of the Beast - Iron Maiden (cover and master versions)

My Generation (Live at Leeds) - The Who

Naked in the Rain - RHCP

Stranglehold - Ted Nugent (nothing says torture like 8 minutes of the same riff over and over again. Still a cool bass line to listen to at least)

Cry of the Banshee - Brocas Helm

You Spin Me Round (Like a Record) - Dead or Alive

For the Love of Money - BulletBoys

Steal My Kisses - Ben Harper and the Innocent Criminals

i think it's Discord by EuroBrony instead of the other way around btw.

Oh and We Are Number One, but all the instruments had a solo on the last two notes, so eh?

You guys are amazing, especially you expertwin!

Skrillex – First of the Year (Equinox)

My customs can be found here!

Isn't the entire Seinfeld theme supposed to be a Bass Solo?

Dream Theater - The Dance of Eternity

I'll throw in "Those Damned Blue-Collar Tweekers" by Primus.

You guys are amazing, especially you expertwin!

No One Knows - Queens of the Stone Age (not sure why this isn’t counted as a solo section, but throwing this in anyway)

Both the studio and live versions.

If you see "MrBurpler" anywhere on the internet there is a 99% chance that it's me.

Sting of the Bumblebee - Manowar

(Anesthesia) - Pulling Teeth - Metallica (not marked in-game, but had to be included)

since it was a RBN1 song, bass solos didn't exist yet, but Cenauraphobia by Chaotrope has a bass solo

Black Arrows by Manowar is just a bass solo

Also Broke Down on the Brazos by Gov't Mule is a RBN1 song but it has a bass solo.

Quite interestingly, the song I'm releasing today has a bass solo. And it's my first one ever!

Since it's already been guessed at the trivia, I guess I can reveal it too - "JC Hates Faggots" by John Grant. Don't get scared away by the title, it's a beautiful personal song about how Grant (whose gay) was raised at an ultra-conservative house who taught him he'll go to hell (the title is a quote from his parents). And it has some really awesome bass, and a solo!

My new custom of "This Way" by Saturday Night at the Apollo has a bass solo, though it's like the ones in By the Way by RHCP and the Rock Band Blitz/RB3 DLC version of Spoonman where it's just the main riff.

Back to Other Harmonix Games