11 replies to this topic

Hello all and welcome to the New Wave Extravaganza!  Double digits for Week 10 (or back to one for Week X for those who prefer ancient numerals

).  Though not so new anymore, this rogue wave has gone down in history as the "Second British Invasion" after the first such invasion that hit like a ton of bricks.  Even so, nothing could have prepared us for the delights it has given us

Let’s start with the obvious:  Elvis Costello is a legend of music. But for most of us RB players, he’s mostly known as “the Pump It Up guy”. This pack has 5 more tunes from the same album. However, it’s my honest opinion that while “Pump it Up” is a good tune, it’s not even among the best on this album, let alone his career – I would rank all 5 songs here above it.

So if you liked Pump It Up, great! Here’s more and better. But if you didn’t – don’t go into conclusions and still give those tunes a shot. They’re easily among the most entertaining charts I’ve ever done – drums and bass especially.

So here we go!

“This Year’s Model is one of the most distinctively brilliant albums ever to be released. For fans of rock music bursting with wit and character, it really just doesn't get any better than this” – Pitchfork, 10/10.

Elvis Costello was always too much of a geek for punk. His voice is too high, his background is too high class, not to mention his affection for clever geeky word play. But that’s why he’s so interesting. “This Year’s Model” is the essential “angry geek” album, full of raw emotions and anger, but also cleverness and brilliance. It’s one of those unique album where every song is better than the other one. It’s a joy on all instruments, and I’ve loved every minute of working on it. 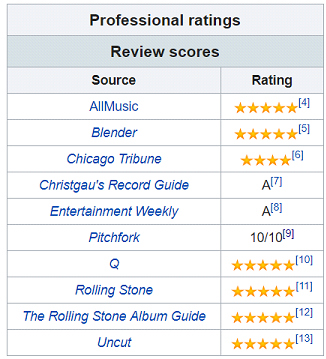 But Costello is only half (or really, a quarter) of the story – this is an album by Elvis Costello and the Attractions, so let’s talk a bit about those Attractions. AKA one of the best backing band in rock history. They are 3 incredible players: Pete Thomas and Bruce Thomas, are, in my humble opinion, the best rhythm section in rock and roll history. Yes, I’ve thought this through. Yes, I know Led Zeppelin and the Who and the rest. Those guys are better. I wish I could find a way to describe the genius of the drums and bass on those tracks, how absolutely tight and groovy they are, carrying the songs while never eclipsing them. But I can’t. You’ll have to play those yourself to find out.

Traditionally, the third player would be a guitarist, but here we have Steve Niece, whose brilliant organ and keys are all over this fucking record. It’s really the last twist in it’s brilliance, a completely unique sound – the tightest rhythm section imaginable, a genius songwriter at the front, and this unique, colorful, brilliant organ giving this record it’s unique vibe. And than there’s Costello’s guitar, which is mostly fairly basic and sits in the back – which is why I recommend vox-taring this album (playing guitar and singing at the same time), just like Costello himself.

And now, for the songs:

Could there possibly be a better way to open this album? With those timeless words of rage and contempt, Costello kicks off the record with an absolute bang. Not wasting any time on build up, the might Attractions come in with full power, Pete Thomas banging those drums, as Costello shoots one of his masterful creation, a song about conflicting emotions. Starting as a simple “fuck you” song to an ex, “No Action” slowly unmasks more, and evolves into a song of jealousy and burning emotion. In one of his most breathtaking verses, Costello moves from his “I don’t care about you” opening stance to something else entirely:

“Knowing you’re with him is driving me crazy,
Sometimes I call you when I know you’re not lonely,
But I always disconnect it in time”.

It’s one of those sprawling beautiful songs Costello is known for, while being an absolute banger and killer rock tune. It’s a perfect opening to a classic album, and now you can play it yourself.
Also, those drums!

After the blistering “No Action”, it’s time for this half-title-track (don’t worry, the other half of the title will appear too). Lead by a steady drum beat – a tribute to the Beatles “Ticket to Ride” – it is soon joined by a great synth line and beautiful melodic bass. This is another chance for the Attractions to shine, while this time the bass is the star of the show, with an absolute classic bass line, as Costello delivers another classic. A steady, brilliant tune, this is probably the easiest song from this pack, but it’s not one you want to miss!

The title already says it all, doesn’t it?

Track 3 of this album is another masterful tune, once again brilliant drums and bass (seeing a pattern here?), this time with slight disco influences. Costello once again demonstrates his lyrical mastery, creating a complex, funny and clever tale with his lyrics. Instruments are all an absolute blast to play, the beat (see what I did there?) is infectious, and the song climaxes as Costello delivers an absolute classic verse over a naked drums and bass arrangement with one simple keyboard line:

Pure perfection, this one is.

(I Don’t Want To) Go to Chelsea

One of the most famous tracks from this record, Costello brings in a reggae influenced vibe (but in the coolest way possible!) as he delivers yet another brilliant tune. I know I’ve been hailing the drums and bass this whole time, but for those last two tracks, they’ve really are unbelievable. The drum track on this one is absolutely amazing – not devil tiered difficult, but it’s so clever, and has an unbelievable amount of small changes and variations, as the beat seems to change almost every line. While the bass line is absolutely groovy and fun to play. Oh, and did I mention this song has 3 keyboard solos? Because it absolutely does.

The song itself is unsurprisingly great as well, and it also includes the second half of the title (“She’s last year’s model”), as Costello rejects the over romanticism of the Chelsea area (“Oh no, it does not move me/Even though I’ve seen the movie”). It’s catchy, cool, classic and fun.

Last but not least, a Costello classic, straight from this genius drum pattern, to the ultra-tight (even more than usual!) drums and bass. This is one of the Attractions hardest rocking tunes, and it’s pure virtuoso – from this epic bass line, to the drums solo, to everything in between. According to AllMusic, this song "serves as a showcase for the new group's extraordinary energy and impressive skill, while Costello plays the role of the scornful cynic, spitting bitter words of one who has suffered third-degree burns at the hands of love”.

Costello is indeed in top form – shooting gems like “Sometimes I think that love is just a tumor – you’ve got to cut it out”, “You say I have no feelings – this is a good way to kill them”, and the classic “Sometimes I almost feel just like a human being”. Instruments wise, it’s probably the best in the pack. And it’s always been one of my favorite Costello songs. I wanted to chart it for ages, but took me a while to believe I was good enough to do so! So here it is, and hopefully you’ll love it as much as I do.

Does anyone remember this cinematic?

It shows the in-game characters sifting through a bunch of old LPs including Duran Duran's Rio album.  What's always bugged me is the fact that only two of the nine songs on the album were released as official DLC.  The other two being released as customs (kudos to Farottone btw for releasing Save a Prayer

Therefore, for completion's sake, here are the five remaining tracks from one of the finest new wave albums of all time:

Hold Back The Rain

Last Chance On The Stairway

In the late 1970s, punk and post-punk were huge aspects of British music.  Among these was songwriter Gary Webb (later to be known as Gary Numan).  Originally Numan was attempting to assert himself as a punk artist, but when he stumbled upon a Minimoog synthesizer that had been left in the studio.  From there, the rest is history.

The loose concept album was written in the same vein as much of the dystopian sci-fi novels of the time, primarily those written by Philip K. Dick.  Along with Numan's "robotic" stature from his nervousness in live performances, the themes gave Numan his signature "android" persona.  "Are 'Friends' Electric?" was a surprise hit and pushed the album to No. 1 in the UK charts in July 1979 and was certified Gold by the BPI.

Tubeway Army wasn't a long-living or largely successful band outside of this single.  Shortly after Replicas released in 1979 Numan opted to humbly rename the band after himself, which seemed apt since he was the sole contributor for the majority of the songwriting credits.  Retaining the same band members, Numan released The Pleasure Principle the same year as the first album under his name.

Yes drummers, it's not a disco beat, trust me

To conclude this momentous occasion, here are four more from ghostbyob:

Duran Duran "Is There Something I Should Know?"

Adam Ant "Room at the Top"

The '80s have returned (again)!  Awesome set of tunes, thank you!

looks like the pro keys will be out this weekend

thanks for another rocking week of cool releases

Great songs, thanks to all involved

Oh yeah, now there are some rockin' tunes.

I second that, thank you.

And thank you all for the rest of the tunes also!

How am I supposed to fit so much Costello into my Wii library?

Now that brings back memories...

What a sensational week! Going to grab all of these for sure. And after a write up as effusive as the one for This Years Model Im going to listen to the album tomorrow. Thank you all for your work.

Perhaps have a listen to my music podcast? Threadwork

What a sensational week! Going to grab all of these for sure. And after a write up as effusive as the one for This Years Model Im going to listen to the album tomorrow. Thank you all for your work.

Glad anyone read it

It's a great album!

Also tagged with one or more of these keywords: C3X, New Wave