11 replies to this topic

This is quite easy & not so easy. On 1 hand of course theres a few you might not have liked, but a lot you probably did on each tracklist. Im going to name off my 1 most least favorite track from each Guitar Hero & Rock Band game (excluding Guitar Hero Live, Handhelds & Track Packs). Here we go!

GH - Heart Full of Black
Great song but doesnt really fit with the rest of the tracks in the game. Although its one of my favorite I first heard through GH1.
GH 2 - Tattooed Love Boys
The song has always kind of pissed me off.
GH RT80s - Because Its Midnight
Same deal as Heart Full of Black, song just doesnt fit the atmosphere of the game.
RB 1 - Tom Sawyer
I just think this cover sucks. Never liked it. Besides, Rushs Geddy Lee couldnt even sing his own song... thats a problem.
GH 3 - Helicopter
Personally I never really had an interest in this song. Its not a terrible song, but its just never played. With such an amazing GH game, of course youd play the more popular songs.
GH WT - Shiver
Sorry to all the Coldplay fans on here but it was either this or 1 of the Spanish songs. Had to go with a song I could legitimately say I knew the lyrics & didnt just put it on this list because it was another language.
RB 2 - Abnormality
I dislike death metal/black metal ALOT & this song is far from enjoyable as well as not even fun to play or even listen to. Its a song on there for the sake of being hard. Many times Id tell my friend to play it just because he couldnt, hell wed even have competitions to see who could get the better score before failing 😂.
GH AS - Personality Crisis
I feel like other artists being in a artist oriented game is not a good thing. It most likely means they couldnt get certain songs they wanted. I would say this song I dont even really remember, I had to go back & listen to it, & I still dont care for it.
GH VH - Ice Cream Man
Great song, absolutely, but was weird to have in this game. I was going to pick a different song but meh... the bonus songs by supporting artists could all be bunched into one because none of them really fit the setting of the game.
GH SH - Unsung (Live in Chicago)
I dont mind live tracks in Rhythm games, but why couldnt they have gotten the master recording? Same with Cowboys from Hell.
GH M - Demon Cleaner
To me its kind of boring. I mean, theres a few supporting bands on here which makes you scratch your head, but this (although a decent track) it kind of puts me to sleep. Dig the sound though.
GH 5 - Plug In Baby
Muse is good, but I just dont really like this song. Sorry Muse fans on here.
GDRB - Song Of The Century
HAHA Easy! This vocal only song really isnt anything special, its the intro to 21 Century Breakdown.
BRB - Yellow Submarine
Sorry, Ringo. The song was just not made for Rock Band, I normally skip it when I play a Beatles session.
LRB - Grace
Very forgettable song. Thats all I can say.
BH - So Yesterday
So many awful songs in this game but this is one I cant overlook. I get the style of music this game was going for but eh, no excuse for some of most bubblegum poppy songs ever.
RB 3 - Combat Baby
Weakest song in the game in my opinion. Outside of Spanish music which I exclude since it wouldnt be fair.
GH WOR - Re-Ignition (Live)
I honestly never cared for this song. Its just repetitive to me & I get bored of it really fast.
RB4 - Dream Genie
This goes back to my previous statement of pointless song thats only there cause its impossible to play for most people.

Let us know your opinions or what yall consider your least favorite from each game!

Okay, for RB1, for me it would have to be Highway Star. Don’t get me wrong, I LOVE the song as a whole, it’s just the asinine drum chart that makes this song the worst in the game for me.
For RB2, Visions. GOOD LORD WHAT IS HAPPENING IN THERE!
For LEGO Rock Band, "Dreaming of You". Very forgettable and boring, I don’t think I ever played this track when I was young.
For RB3, The Con. Again, never had much fun with this song growing up.
Finally for RB4, Uptown Funk. Basically, after every school I’ve ever been to overran this song to the ground, it got old FAST.

RB1: Nightmare. One of the most boring songs I've ever heard.

RB3: None of the songs in this game are actually bad, but if I had to pick a least favorite, it would be Humanoid.

RB4: Either I Bet My Life or Centuries. They're cut from the same cloth.

LRB: So What. P!nk has like three good songs, and this is absolutely not one of them.

Alright this'll probably take me all night but here we go

Who told this man he would be a good singer for a band. Also this has to have one of the dumbest premises for a song ever.

Holy god these lyrics are gold.

There's a lot of bad glam metal in GH80s, but this one definitely takes the cake for me.

This song literally just sounds bad. I never see anyone talk about this song, and that's probably for the best.

I really don't know what to say about this one other than that it doesn't need to exist.

GHWT - Too Much, Too Young, Too Fast

One of the most, if not, the most forgettable songs in the game. Very uninspired and boring.

Easy target, but definitely my least favorite from the game. Gotta love the trash can snare.

I don't like almost any glam metal songs but this one is pretty bottom of the barrel even then.

That post-chorus grace note thing was the worst thing they could've added to this.

Just flat out obnoxious, nothing else really to say.

Ozzy sounds very rough here, and I mean very rough. I'm not really a fan of the down tuning of the song either. I have no reason to listen to this over the original.

I mean, I guess it's alright considering the band being so young, but it's not a good song in the grand scheme of things. (Also RIP to the guitarist of the band)

I'm not a fan of technical death metal to begin with, so this song already was on the wrong foot from the beginning. The fact that this from a demo really shows, very sloppily put together and doesn't have anything appealing to it's sound.

TBRB - Do You Want to Know a Secret

Not terrible, but just boring and too short to leave any impact, I'm not big on The Beatles early stuff to begin with anyways.

Let it be known that this is my least favorite song ever. That's all I'm going to say about it.

Now, I know it's early Green Day, but this feels more snotty and bratty than most of the stuff from this period. It's also a bit less inspired than most of their work musically as well.

This song wouldn't be nearly as bad with a different vocalist. It's still boring instrumentally but the vocals definitely ruin it.

RB4 - Free Falling
I haven't actually heard all of the songs in RB4, since I don't own the game, but this one is definitely the worst one I've heard out of the songs I know. Pretty generic song with poor mixing and feels lifeless.

With so many good songs to choose from instead of those you might not be so partial to, it's not really fair to single out any of them for hate.

That said... "You Oughta Know" by Alanis Morissette.  Easily my least favorite song among all the discs of all the games.  Yes, it's lower on my list than even "Visions".

That said... "You Oughta Know" by Alanis Morissette.  Easily my least favorite song among all the discs of all the games.  Yes, it's lower on my list than even "Visions".

But that bass line! Come on!

GH1 - Farewell Myth
GH2 - Red Lottery
GH80s - None, I like every single song there
GH3 - Anarchy in the UK
GH Aerosmith - Bright Light Fright
GH World Tour - Zakk Wylde duel
GH Metallica - Am I Evil?, since it's a re-record
GH Van Halen - Master Exploder - I like the song but why is it in a game about Roth-era Van Halen?
GH5 - If there is one, I don't remember, because of how forgettable that whole setlist was. Even looking at the Wiki article doesn't ring a bell
GHWoR - What Do I Get?
RB1 - Say it Ain't So
RB2 - Rebel Girl
The Beatles: RB - I Want You (She's So Heavy)
Green Day: RB - I don't like Green Day in general
RB3 - Outer Space
RB4 - Dream Genie

RB2 - A TIE between Rebel Girl and Visions

RB3 - A TIE between Centerfold and In a Big Country

I've never been in a GH or Rb4 game/dlc.

DLC - Any RHCP song except "They're Red Hot" Almost all RHCP songs sound the same. Not that it is bad, but because it's repetitive.

RB1: Any cover really (Tom Sawyer and Run To The Hills especially)

RB3: Sister Christian (Sticks out like a sore thumb on a classic setlist)

RB4: Dream Genie (Do I need to explain)

Green Day RB: Like Beatles RB but to a lesser extent

hey up to you, I am having tons of fun with Anthem.

To each his own ok... I got a bunch of buddies that like playing together and even when I play random Quick matches there are people to play with all the time...

RB3: "Imagine" - John Lennon (really had to dig here, because there's not a song on RB3 that I find particularly bad) 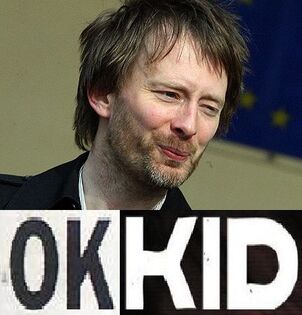 Also tagged with one or more of these keywords: List, Guitar Hero, Rock Band