1 reply to this topic

Hello!  My name is CUTstudi0s, and I've been an author for C3 since 2017.  I've come a long way since joining C3: I first started out as a Walk the Moon-obsessed drums only charter, and even though my first releases were certainly ambitious, things weren't consistent, and the quality straight up sucked.  Now, this all changes. Let me show what I've got for you!

~~ ALL MY CUSTOMS ARE NOW HOSTED ON MY RELEASE SPREADSHEET ~~

You can view that HERE... 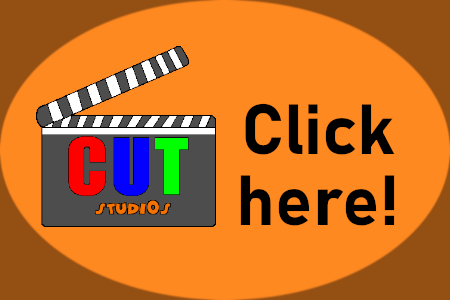 CHVRCHES is known for their catalog of synthpop tunes, namely songs like "The Mother We Share" and "Gun" (which is available on C3!), and this song goes in mostly the same direction, but it is intelligent in the fact that the lyrics are tailored specifically to the story of Mirror's Edge: Catalyst, and CHVRCHES' signature style couldn't fit better alongside the game's soundtrack of futuristic techno ambience.  Overall, this is a solid track that CHVRCHES fans, video game fans, and general synthpop fans can appreciate.
Game-wise, I'll break it down instrument by instrument.  Let's start with the most prominent: keys.  It starts out with a  simple melody that'll have you going from E to B and back, but by the time the chorus rolls around, you'll be pounding away to a staccato of black and white keys, and it's no different for the bridge during the "say you'll remember" sections: a constant melody of 16th notes will keep you on your toes.  The synthesizer solo (made with love by Iain Cook and Martin Doherty) is the standout on this track for sure, culminating into an almost shoegazey reverberation of electronic goodness.  I'd definitely recommend this song for any Pro Keys players out there.
While I've been hyping up the keys, I don't have that much to say about the drums.  Even though they're programmed, that doesn't stop them from being a bit repetitive.  Basically a Y Y YRK situation throughout, with the ice occasionally being broken by a drum fill or two.  Nothing that hard.
Meanwhile, bass seems to be doing it's own thing; on one end, it's easy, but in some cases, can be a bit daunting.  Usually you'll just be strumming along to sustains and have the occasional HOPO riff, but you should still at least be a bit wary of how much you'll have to strum during the bridges.
And finally, vocals.  Lauren Mayberry's vocals on this track are a bit hypnotic, but don't let that distract you from some semi-fast vocal phrases.  The harmony tracks on this aren't really that special, just droning on with "IT'S A MEEEEMORY".  But if that's your thing, I'm not stopping you.

I'd also like to take this moment to debut my brand-spanking new custom releases spreadsheet!  If you ever miss a release, or just want a more streamlined way of downloading my customs, then check it out!  It'll be updated alongside every new release.

Also tagged with one or more of these keywords: CUTstudi0s