11 replies to this topic

After the big announcement last week so many questions still need an answer, so let's dive deeper into the Tour concept so both players and authors know what to expect...

Special dates and much more...

Going on a Tour means fun, so expect some of this special events to be thrown in:

Opening acts
Concerts can have both a main act and an opening act, accounting for 2 different authors or group of authors. An opening act is not lesser then the main act but it's a less known group of songs

Themed festivals/nights
Themed festivals and nights are either planned by admins or coordinated by authors and feature multiple authors releasing songs with the same theme (love, country, etc.) or decade (70s night, etc.)

Surprise Guests
Surprise guests are authors who only contribute 1/2 important songs and are not announced until the moment of release: oooh, exciting AND mysterious!

What authors are required to produce

Very similar to C3thon, here is what Rock Band 3 authors will be asked to deliver. More on other plaforms later on down the road... 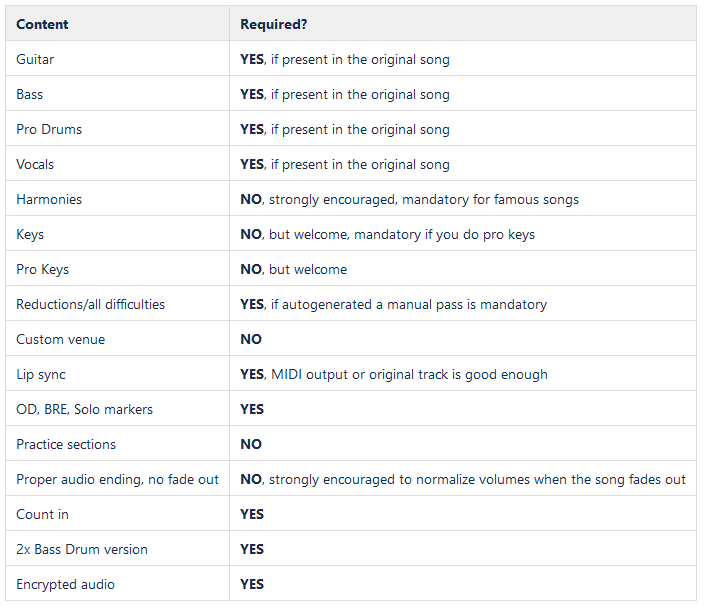 See you next week with more information!

Can I use this as an excuse to drink? Because any time I go to a concert, I end up hammered.

Can I use this as an excuse to drink? Because any time I go to a concert, I end up hammered.

Not while authoring, but except for that, party time!

Not while authoring, but except for that, party time!

Legend tells of a legendary game whose tours were the stuff of legend!

Even after four years this community never ceases to amaze and delight me. Great concept!

This whole concept is pretty awesome. I would think this would generate more fans of the game. Nice job... this is going to be huge.

The Aussie emerges from the game cave! \,,/ *C3Beard&Pals* Represent!

When is the first tour gonna kickoff. And i assume the tour and the compilation records will all be downloadable on this websote?

When is the first tour gonna kickoff. And i assume the tour and the compilation records will all be downloadable on this websote?

C3 Generations (a huge collection of 100 customs, basically kinda like RB5) will drop  at September 15th (which is five days away!), and weekly releases will start one week after every Friday. So the first tour date is September 21th.