45 replies to this topic

30 days, 90 releases, one beautiful cause

C3 is a group of passionate Rock Band players that was born in the aftermath of Harmonix bidding goodbye to Rock Band 3 DLC releases in April 2013. We wanted to keep the interest in the game alive by providing new weekly content and at the same time protecting Harmonix original work by not allowing distribution of any official produced content or copies of that content.

When Rock Band 4 was in development it was also our privilege, through the amazing work of C3 Founder espher and the interest from the management at Harmonix, to contribute to the renewed interest in the game by producing all harmonies for legacy content that was not yet supporting them.

And it’s for that audience and for everyone who loves the game that today we announce a new initiative that we hope will get as much support as possible. C3thon is a 30 day customs marathon with the goal of raising as much money as we can for a good cause. Over the 30 days leading up to Christmas, 40 C3 authors will tag each other in and out to release content every 8 hours every day from Friday, November 24th to Sunday, December 24th. The community will receive a new release (singles, packs or albums) from a different author 3 times a day.

Here is the kicker: for every song you download that you would have downloaded even if you had to pay for it, we ask you to donate 90 cents to the cause that we have chosen, the Make-a-Wish foundation. Make-a-Wish* helps children and kids fight against life threatening diseases by granting their wishes, giving them the strength and the will to overcome their illnesses. This is a fully fledged honor system: if you can donate we’re infinitely grateful, and if you can’t you are free to download as many songs as you want. Every single donation though will help us reach a bigger goal and help people who need our support.

The following is extremely important: money goes directly to the Make-a-Wish foundation without us putting a finger on it. Donations are collected by the foundation itself using the RallyBound platform. This is crucial to us: we have chosen Make-a-Wish specifically because they have their own collection system and we are not involved in any way in that part of the process. Make-a-Wish is an excellent foundation, rated very highly on Charity Navigator if you want to check it. You don’t have to trust anybody else with your money: we have no part in collecting donations at all, we are only here to raise awareness and ask for your help.

During the month of November up to the 24th we will release more information on the initiative, including some special events we have planned and we look forward to a huge turnout. We will also introduce you to the amazing group of authors who signed up for this project with a passion that cannot be overstated. For now, just know that you should start saving up because we’re going to give you plenty of reasons to donate!

* We are in no way affiliated or partnered with Make-a-Wish, we only set up a fund raising for them.

If you're an author who hasn't been involved yet and you want to contribute, there's still a slot for you. Just get on the Discord and we'll discuss it.

I'm not good enough for this XD

This is a great idea and sadly I don't have permission to give money away after a certain incident ... Don't ask what...

I am really sorry about that ^

Anyway, thank you to the people who are donating because a close friend of mine got the chance to be able to have their "wish", which was going to Disneyland and she had a great time...

To get my emotions off the table... I hope there is a lot of Green Day and Beatles!

Super-excited for this! I'm very honored to be a part of this wonderful event.

Get hyped, guys! There's an incredible setlist of great songs coming for an excellent cause.

Fantastic idea! I will look forward to the releases and will make sure to donate to a great cause as well.

This sounds amazing! I will be happy to support this

I am close to completing my first custom and I'm wondering if there is any way that it can be included in the C3thon (if it is deemed good enough)? I have to finish my vocals chart and do the dryvox. Guitar, bass and drums are done with authored reductions.

Please let me know if I can help in this way?

Congratulations on a fantastic project

looking forward to the releases and i hope to donate as much and when possible for a very well worth cause , I have a daughter my self with serious medical needs so as they say every little goes a long long way

Man oh man that looks very promising! Now if only it justified all of that time without me releasing customs...

Thanks to everyone who volunteered to take part.  There is still lots of time to get involved if you're not already, so please think about it, it's for a great cause.

If you're an author who hasn't been involved yet and you want to contribute, there's still a slot for you. Just get on the Discord and we'll discuss it.

This is an awesome idea. Absolutely in for the monetary contribution.

This looks very cool. I was not even aware this was an idea... I'm so out of it. Here's hoping it works out well and a ton of money is raised.

This looks very cool. I was not even aware this was an idea... I'm so out of it. Here's hoping it works out well and a ton of money is raised.

Forgot to tell you...

Forgot to tell you... 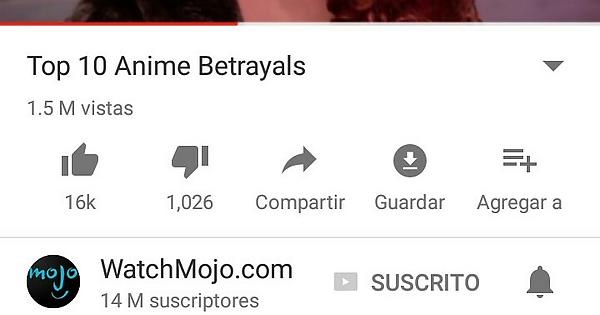 Amazing idea Farottone, The true meaning of christmas is charity and interact with  the family, maybe i will donate to the project, is a great idea.

​I not a experienced charter but I will try call my friends to a project that I have in mind for christmas.

This feels like a great cause to support. Thank you guys.

If there's a C3 discord, I'd very love to join it.
Also, whenever I stream customs, I can set up the donation link below - just need to know if I'm allowed to and what it is - I'd love to help.

If there's a C3 discord, I'd very love to join it.
Also, whenever I stream customs, I can set up the donation link below - just need to know if I'm allowed to and what it is - I'd love to help.


Sent you an invite through PM!

My customs can be found here!