Virtual NAND users can access their Wii's file system right through the PC upon hooking up the drive. In your NAND, navigate to title/00010005/735a4645 and put the DLC files in there. If the folder doesn't exist, create it. Make sure the title.tmd file and 00000026.app file is in there and let it overwrite whatever was in there.

My question here is very simple and totally easy to understand. Where are these two files? 00000026.app and title.tmd
In my case, in the nands folder there is only the title/00010005/
It is said that you need to create the 735a4645 folder, but you need these two files which are nonexistent. how to proceed?

Can anyone help me?

After having almost 850 songs downloaded (official and custom) on my SD card, I can't put another one. I don't really know why. I'm in the sZGE file and I have exactly 248 files in that folder. No matter what I add, when Rock Band tries to refresh the list, it says the SD card is corrupted, but the funny part is that ALL the other downloaded songs work no problem and Wii just deletes all other files I put in this folder.

Can anybody help me? Have I reached Wii's song limity?

Where i suppose to put the app files on virtual NAND method? In 735a4645 (root), content or data folder?

Is it to paste the files from the content folder and play in the root and then delete the two subfolders?

Is there a video tutorial on how to do this? I am very confused but i really want custom songs

i'm little confuse with wii include with Emulator...

ok!, i really get it but some problems that i encounter if i Delete the MVStore.vff (i think) it will the customs scanned refreshed...


i follow the steps by folder pathing of the method provided at. but it same...

that i want to do is delete the NAND Path then overwriting the contents then start refreshing the customs?...

Why i could encounter this... there's no MSTORE vff created to regresh or rescan the custom, i'd follow the steps this is so very very crappy... 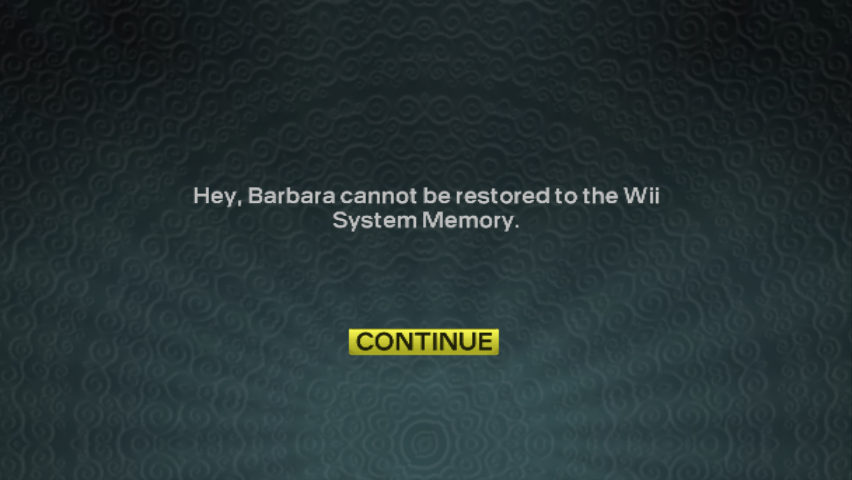 I'm having an issue in Dolphin where the emulated drum controller's d-pad flat out refuses to work, and the pads only seem to work after some insistence. Anyone know the cause or experienced this too?

Did you also map the same buttons on the wiimote? IIRC when you do that both controls fight each other and produce weird results like that.

Either map different buttons for the wiimote or just no buttons for it since you don't reall need it if that's the case.

I need some help. Ive tried to pack my songs but when I do, the game doesnt recognize them. I wasnt sure what to do about the ng.id or the common key, so I ended up packing them with that came with the packer. Im pretty sure this is the problem, but Im not sure how to fix it or where to get the correct hex values for them.
Any help is appreciated.
Thanks in advance.

So, I figured out my last problem and where to get the files, but they still dont work. It loads my files but says there is no dlc content inside. Do I need a wad file for sZFE? Should I try using sZHE gen and its wads?
Any help is appreciated.

You need a WAD file for any generation you want to use.

sZFE is an official generation so we don't share it here, but sZHE is a custom one, so there's no legal issue by sharing this one, so you can use that generation. Just make sure your DTA file has the correct information to use that one accoring to the OP.

I got a wad file for sZGE along with the packer. I installed it and none of my songs work. I tried splitting them up into their own slots, so that everything was pretty much stock and no songs were merged. I changed the meta files of all the songs. I got a ticket from rock band and changed the one in the packer with that one. All of the song and meta files are under 40 mb and 500 kB. Ive installed them in the right spot on my sd card. I have my ng.id and a common key. Yet, when I place the bins on the sd card, the game tries to load then and then says that, add-on content could not be restored to (maybe from, I forget) the SD card.

It is recommended to install the wad file twice so that it sticks. You're also expecting error -1022.

Also make sure that the path in the dta file is correct.

I figured it out. For anyone trying to use an SD card, you need a USB drive as well and a USB loader. Then in the USB loader, you run the game (off the loader or off a disc through the loader) and you set the USB loader and the game to run using clos 249.

Last week I faced problems with peripherals, IOS and SD Card customs. When I connected my microphone or drums, the game did not detect both. I soon realized that it was a problem at IOS because when I moved to 223, the peripherals worked, however, when starting the game, I got a message that the SD Card could not be used. It was then that I decided to do another stupid thing that was basically formatting my Wii so that I could fix this flaw in IOS. With that I lost a lot of saves including the main one there that was the game in question, but I managed to get the internal memory to get rid of the negative block bug and install a Riiconnect wad that used to give an error. Okay, so just now I did the standard procedures, saved the EmuNAND on the USB and everything. then I went to test a custom that was on the SD Card. Before that, every time I started to enter the game after formatting the Wii, I didn't have the option to enable the SD Card, so I thought it had something to do with the need to dump, install the wads, but not , I really had to have a save from the Wii Shop ... I discovered this when I went to get more songs, the game warned that I should have entered the store channel at least once and have some Wii Points. Then I went back to the Wii Menu and went to the store, spent some time and then went back to the game. and it worked! the custom was loaded. Then I hung up to plug in the microphone, did it, joined the game and that stressful warning that the microphone had not been detected reappeared. I was in shock, turned it off, removed the peripheral and plugged it in again, to no avail. I changed the IOS to this one from 223, it gave the same result as before. I even thought of coming here to report this and ask for help with IOS, but before I decided to test 249 and to my surprise it worked! I managed to test my custom.

It was good that I reported this here if someone comes to suffer from the same problem in relation to IOS and certain instruments that do not detect when a custom is on the SD Card.

how to do to release the sZFE slot? is there any wad for this?

or does sZGE also work?

Hey StackOverflow0x, I was looking over this new TBRB custom thread and I thought I would do a little experimenting.

I'd like to see if I can get the customs working on the (v)Wii.

I was using your RB3WiiCustomsManager(for sZGE), I changed all the information (the cert, title and tmd files) plus the banner file I have.

Now your program says banner file missing, I'm assuming that somewhere in your coding is the banner file (00000001.app).

Not sure if this will work but I'd like to try.

If you have any hints or suggestions on this matter, please let me know.

Did someone please have the wii version of the custom "fascination street"?

The Xbox version   I have converted freezes several times during the song!
Thanks!

Here's the broken link so that you can compare and fix future Wii specific links http://keepitfishy.c...p?55f3c12157c6d

Back to Custom Song Troubleshooting & Support