Started by Kemiroch , May 24, 2014
the rolling stones Halestorm The Sounds The Monkees The Hush Sound The Donnas Sammy Hagar

151 replies to this topic

The Sounds - Night After Night (Remix)

The remixed version of Night after Night is technically a hidden track on The Sounds' 2nd album. The original is a sparse, piano-and-vocals effort quite distinct from the band's usual sound. While both are beautiful in their own ways, the more typical remix version has a greater hold on me personally, so it is the one presented here.
The Sounds - Midnight Sun

Another beautiful song by a band with no shortage of them. Keyboardists are cautioned that while they own the intro and outro, the rest of the song doesn't give them much to do. It's really all a vocal show, here.
The Sounds - Something to Die For

Rivaling Shake Shake Shake for my favorite Sounds song, Something to Die For is the title track from the band's 2011 album. While the song itself is fantastic and fun to play, it's that rare track that made me want to chart it just so I could do a venue! I couldn't get it quite perfect, but I'm still rather proud of it.
---

If you like these songs (or even if you don't) I encourage you to donate 90 cents to our cause for the Make-a-Wish foundation at https://worldwish.rallybound.org/c3!

See you next time!

Hey! It's real good to see ya workin' your charting chops again, man!

Thanks for the work you and Tomguy put into 'em!

The Rolling Stones - Can't You Hear Me Knocking

Sticky Fingers. The first Rolling Stones album on their own label. The cover, designed by Andy Warhol, featured a real working zipper. The songs speak for themselves.

Thanks, can't get enough stones! Its a bit thrashed but I still have my parents copy of the album with the zipper.

Oh wow, this Stones pack is quality! Amazing. Moonlight Mile is a masterpiece. Sticky Fingers is one of my all time fave albums. And good choice of tracks too, though I wish someone will do 'Sister Morphine' too at some point!

Glad I could help mi amigo. Moonlight Mile was a blast to work on. Probably my favorite Stones track of all time.

Can't say I've ever really heard of the Sounds (haw), but I enjoyed those three tracks. And the Stones pack is even better. Thanks a lot!

Thanks for the kind words guys

Speaking of which, here is a hint for my imminent release: 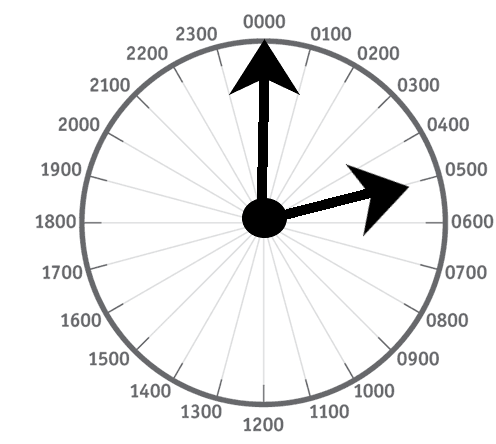 I can play along if you'll allow me to blast out my guess(es) with a wide spread of buckshot!

Looking forward to your release!

The Donnas - 5 O'clock in the Morning

Hailing from Southern California, the Donnas return to customs land with this rockin' tune that closes out their their major label debut album, Spend the Night! While the tempo is fairly fast, the instruments themselves shouldn't be too difficult to get a handle on. That is, until you get to the second guitar solo! Make sure your fingers are insured for that part.

Imgur doesn't seem to want to upload my visualizer for the song right now, but I'll try and get it up as soon as I can.

Geez, even with my shotgun blast, it looks like I couldn't hit a bull in the butt with a bass fiddle.

Gave this a listen on youtube.....oooh... sounds like fun! Love how that electric guitar kicks off.

Good choice and thanks very much for sharing!

Also tagged with one or more of these keywords: the rolling stones, Halestorm, The Sounds, The Monkees, The Hush Sound, The Donnas, Sammy Hagar